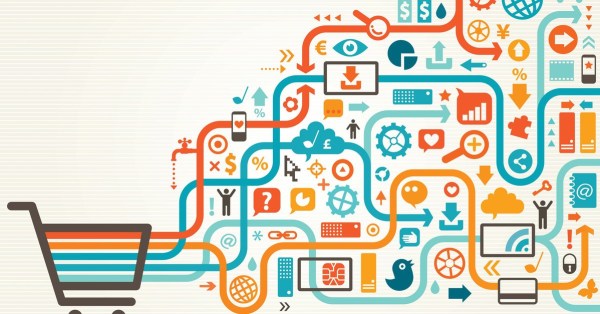 After the corona pandemic, the roles have been reversed with China being at the top of its manufacturing game to India booming to become one. Manufacturing Startups today are driving innovation and widening the frontiers of the industry by opening new avenues for growth in the country. Through some initiatives, the Government of India aims to invigorate the country’s manufacturing sector, enhance the country’s global competitiveness, facilitate investment, foster innovation and ramp up the ease of doing business in the country.  Indian entrepreneurs have stepped up with app-based businesses and created innovative products using Robotics and Artificial Intelligence, Big Data and Analytics.

With more than 4,750 startups, India has the third-largest startup ecosystem in the world. The next generation of Indian startups focuses on the application of modern technologies in domains such as automobiles, logistics, hardware and food processing. This growth has been largely attributed to government initiatives such as “Startup India”. Under this initiative, a program based on an action plan to boost innovation and startups in the country, the government is offering simplification and handholding, tax incentives, funding support, Intellectual Property Rights (IPR) protection benefits and a dedicated hub to provide support to start-ups.

One of the most growth imperative initiatives Prime Minister Narendra Modi launched was the ‘Make in India’ initiative, with the primary goal of making India a global manufacturing hub, by encouraging both multinational as well as domestic companies to manufacture their products within the country. Led by the Department of Industrial Policy and Promotion, the initiative focuses on raising the contribution of the manufacturing sector to 25% of the Gross Domestic Product (GDP) by the year 2025 from its current 16%. Make in India has introduced multiple new initiatives, promoting foreign direct investment, implementing intellectual property rights and developing the manufacturing sector. It targets the following 25 sectors of the economy:

It also seeks to facilitate job creation, foster innovation, enhance skill development and protect intellectual property. The logo of ‘Make in India’ – a lion made of gear wheels – itself reflects the integral role of manufacturing in government’s vision and national development. The initiative is built on four pillars which are as follows:

New Processes: The government is introducing several reforms to create possibilities for getting Foreign Direct Investment (FDI) and foster business partnerships. Some initiatives have already been undertaken to alleviate the business environment from outdated policies and regulations. This reform is also aligned with the parameters of the World Bank’s ‘Ease of Doing Business’ index to improve India’s ranking on it.

New Infrastructure: Infrastructure is integral to the growth of any industry. The government intends to develop industrial corridors and build smart cities with state-of-the-art technology and high-speed communication. Innovation and research activities are supported by a fast-paced registration system and improved infrastructure for Intellectual Property Rights (IPR) registrations. Along with the development of infrastructure, the training for the skilled workforce for the sectors has been facilitated.

New Sectors: ‘Make in India’ has identified 25 sectors to promote with the detailed information being shared through an interactive web-portal. The Government has allowed 100% FDI in Railway and removed restrictions in Construction. It has also recently increased the cap of FDI to 100% in Defense and Pharmaceutical.

New Mindset: The government in India has always been seen as a regulator and not a facilitator. This initiative intends to change this by bringing a paradigm shift in the way Government interacts with various industries. It will focus on acting as a partner in the economic development of the country alongside the corporate sector.

Since the launch of Make in India in September 2014, an FDI inflow of USD 77 billion including an equity inflow of USD 56 billion has been received for the period October 2014 to March 2016. This represents about a 44% increase in FDI Equity inflow over the same corresponding period.

“Make in India Week” multi-sectoral industrial event at the MMRDA from 13 February 2016 was attended by 2500+ international and 8000+ domestic, foreign government delegations from 68 countries and business teams from 72 countries and 17 Indian states also held expos. Event received over ₹15.2 lakh crore (US$210 billion) worth of investment commitments and investment inquiries worth ₹1.5 lakh crore (US$21 billion), where Maharashtra led with ₹8 lakh crore (US$110 billion) of investments. Previously between September 2014 and November 2015, the government received ₹1.20 lakh crore (US$17 billion) worth of proposals from companies interested in manufacturing electronics in India.

‘Zero defect zero effect’ is a key phrase which has been associated with the Make in India campaign. In the words of Prime Minister Narendra Modi, “Let’s think about making our product which has ‘zero defect’ and ‘zero effect’ so that the manufacturing does not have an adverse effect on our environment”. Thus, sustainable development in the country is being made possible by imposing high-quality manufacturing standards while minimizing environmental and ecological impact.

E-commerce has transformed the way business is done in India. With the increase in a number of online shoppers, the strength of online shopping set to grow exponentially both in volume and value. A lot of factors like the preference of varieties, product choices, quality of the product and its inspection online, comparing the price at the different websites for the similar produce, comparatively lesser price in the online stores when examining the same with the products sold in the malls or retail stores, congestion in the city traffic and the existence of fatigue among the sales personnel at the malls or business environments have forced the consumer and the business personnel to go for online shopping.

·        In February 2020, Flipkart set up a ‘Furniture Experience Center’ in Kolkata, its first offline presence in eastern India.

·        In May 2020, PepsiCo India partnered with Dunzo for its snack food brands that include Lay’s, Kurkure, Doritos, and Quaker.

·        In May 2020, chocolate maker Hershey India partnered with Swiggy and Dunzo to launch their flagship online store in order to increase reach.

·        In September 2019, PhonePe launched super-app platform ‘Switch’ to provide a one stop solution for customers integrating several other merchants apps

The E-commerce industry puts a direct impact on micro, small & medium enterprises (MSME) in India by providing means of financing, technology and training. Indian E-commerce industry has been zooming to success and is expected to surpass the US to become the second largest E-commerce market in the world by 2034. Technology driven innovations like digital payments, hyper-local logistics, analytics driven customer engagement and digital advertisements has helped in the growth of this sector. The growth in E-commerce sector will also boost employment, increase revenues from export, increase tax collection by ex-chequers, and provide better products and services to customers in the long-term. The number of internet users in India is expected to increase from 687.62 million as of September 2019 to 829 million by 2021.

Online retail sales in China has reached $752 billion during the year 2016 representing 26.20 percent growth when one could compare the same during the year 2015, it is almost double the growth rate of overall retail sales. When we compare the same with India, the Indian e-Commerce revenue is anticipated to move from $ 26 billion in 2016 to $ 103 billion in 2020 revealed that China is found to be the world leader in e-Commerce trade. But if one could compare India’s annual growth rate of e-Commerce, it arrives at 51 percent while the Chinese e-Commerce market is prevailing at only 18 percent. The success was mainly attributed to the existence of e-Commerce organizations across India particularly the role played by Flipkart, Snap Deal and U.S based Amazon.

Besides the trade of non-agricultural produce, agricultural-based products and grocery shopping has become the priority products for Indian consumers. Compared to China, food product trade is expected to be a little higher in Indian online retail. In fact, the penetration levels of online grocery shopping in India are already higher when compared to China from the year 2008-09 onwards. Continued interest in getting the product at the doorstep of the consumers and the product quality found to be the main reasons apart from price to the city consumers. Food, feed, seed, grains, crop services, crop inputs, farm equipment, agricultural implements and machinery, and their parts were found to be the main items of purchase through e-Commerce mode in India and other e-commerce websites.